An overwhelmed Kelvin, dropped to his knees, and then fell flat on his face when he was announced winner of this year’s  MTN Hitmaker series held at the National Theatre, Accra.

He takes home a recording deal worth a whopping  GHC100,000. 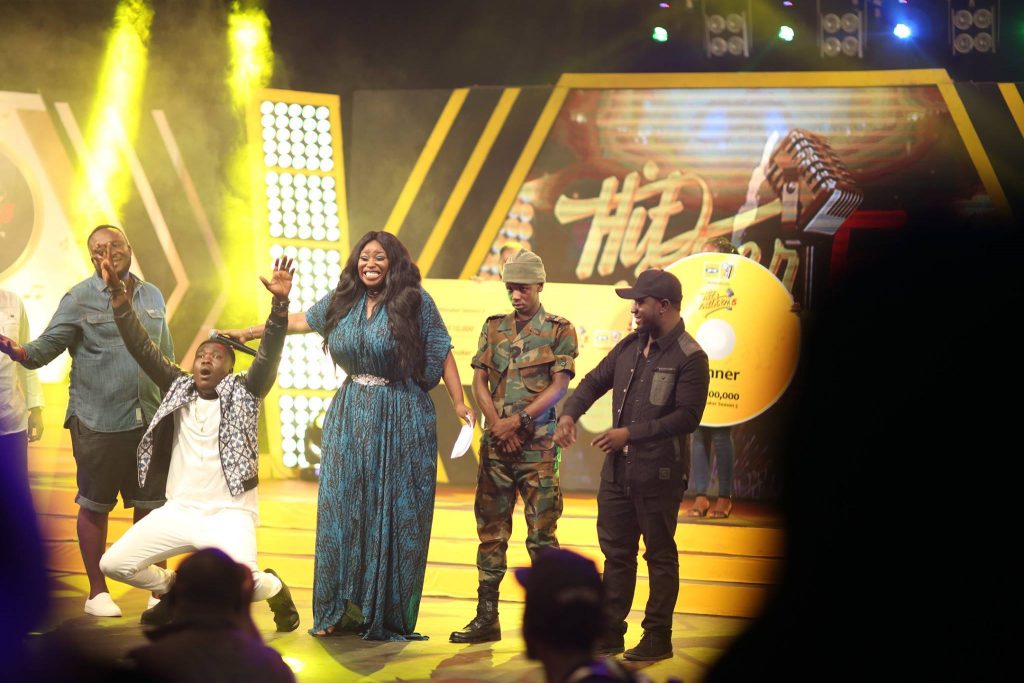 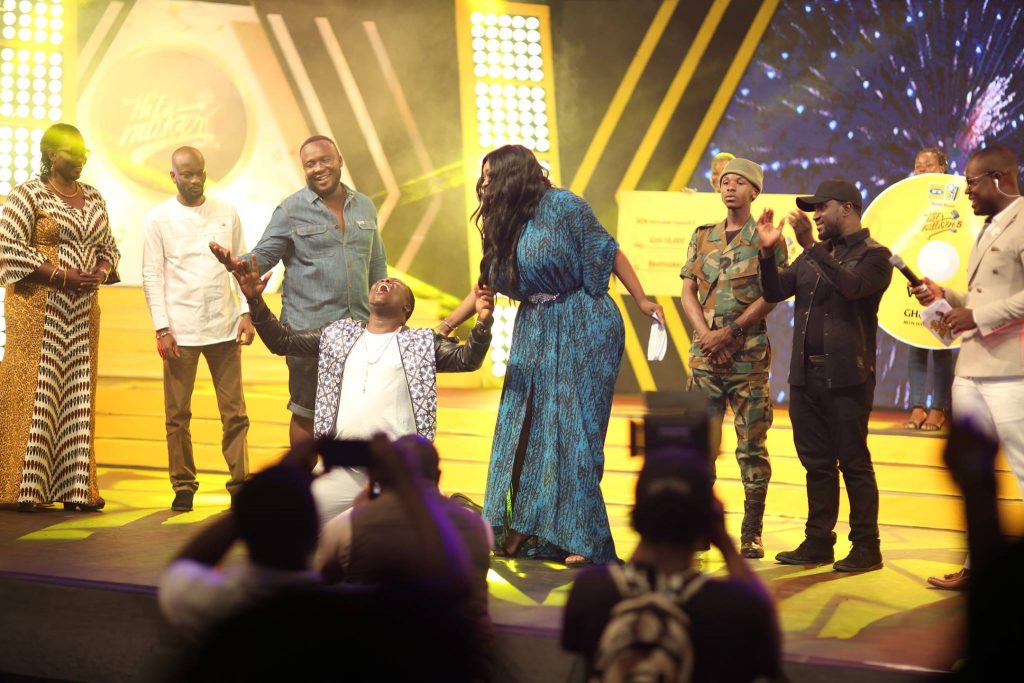 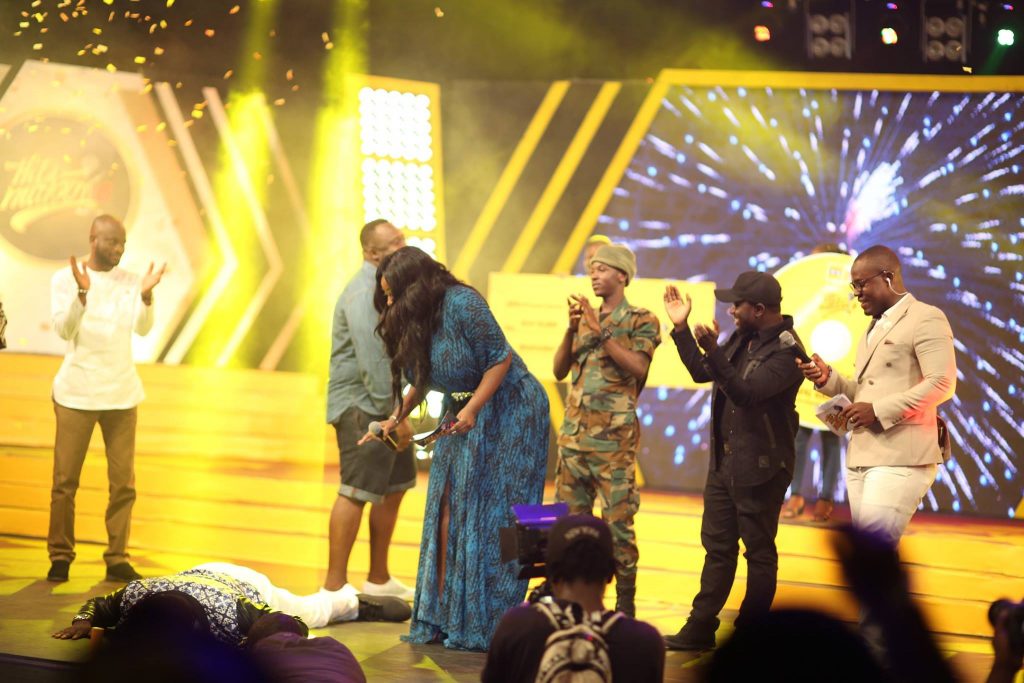 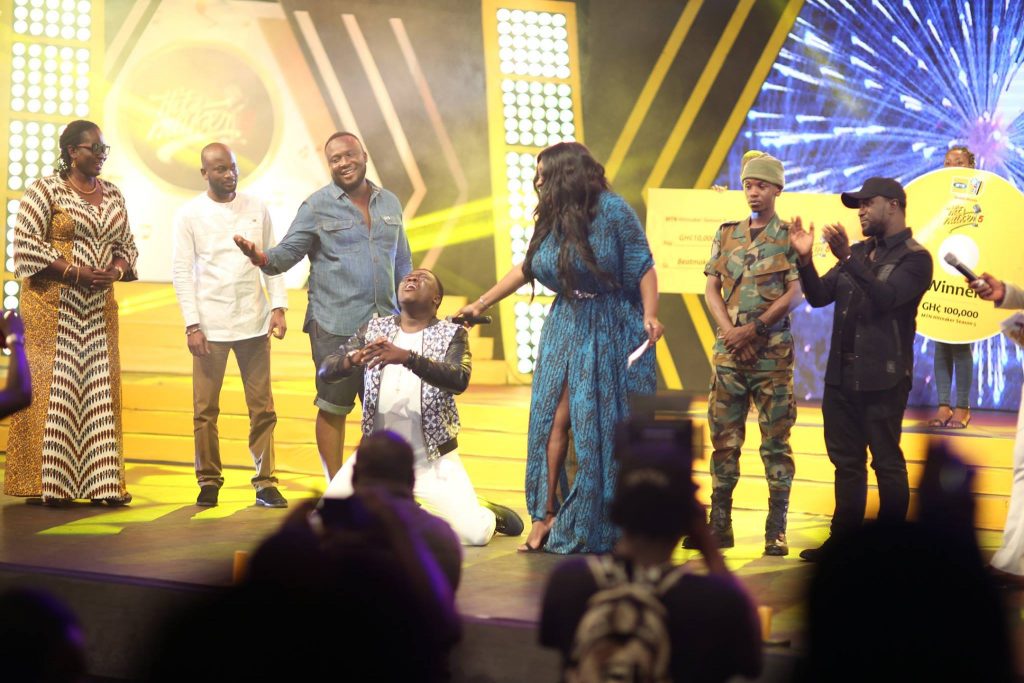 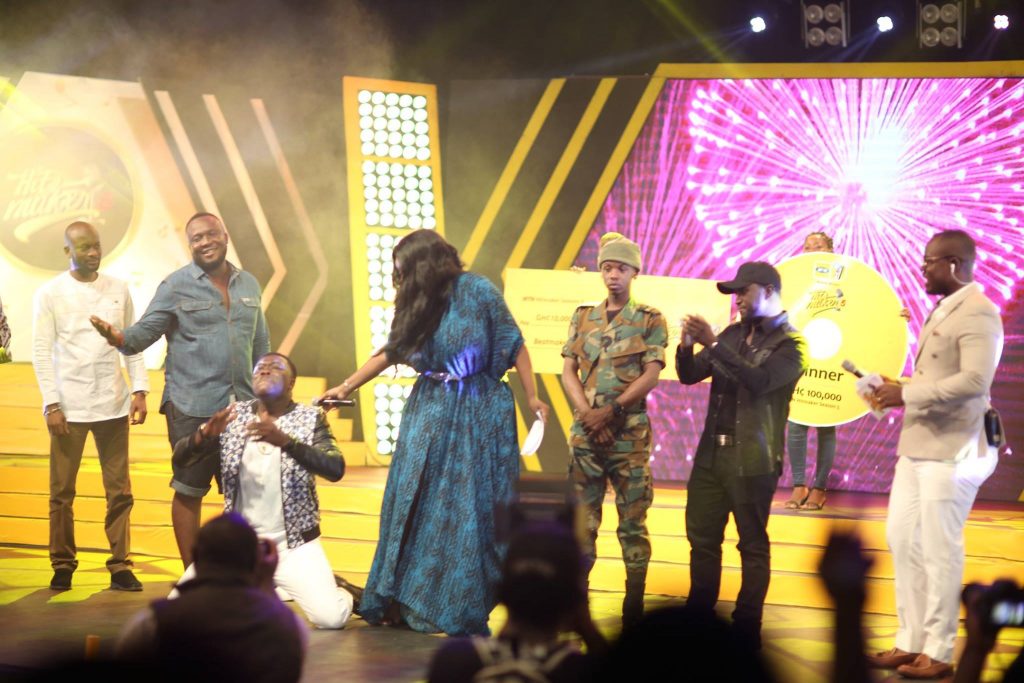 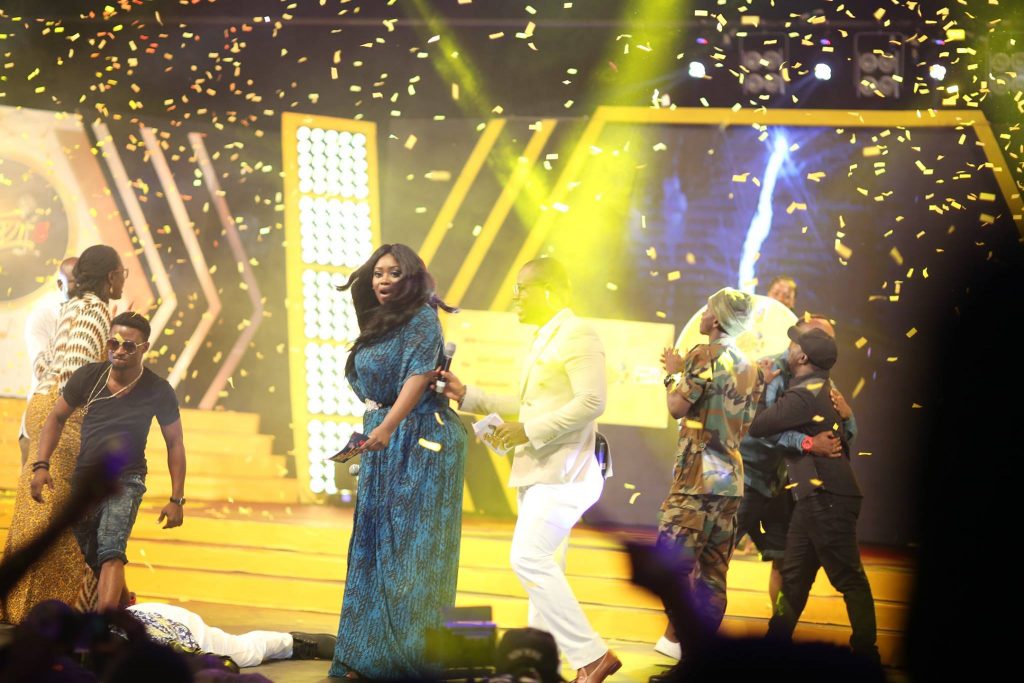 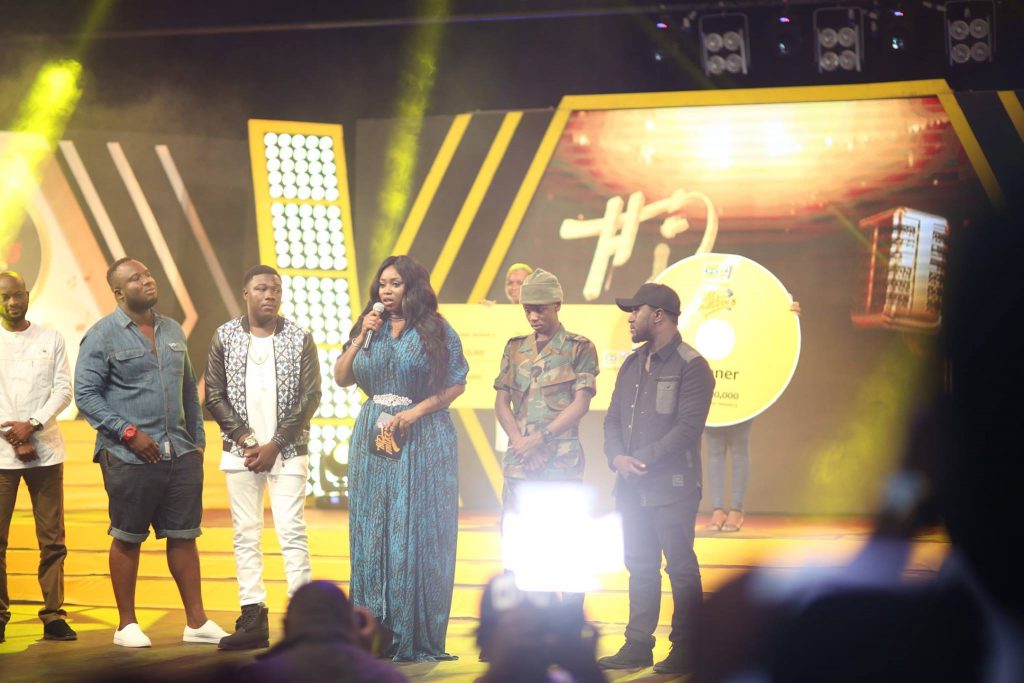 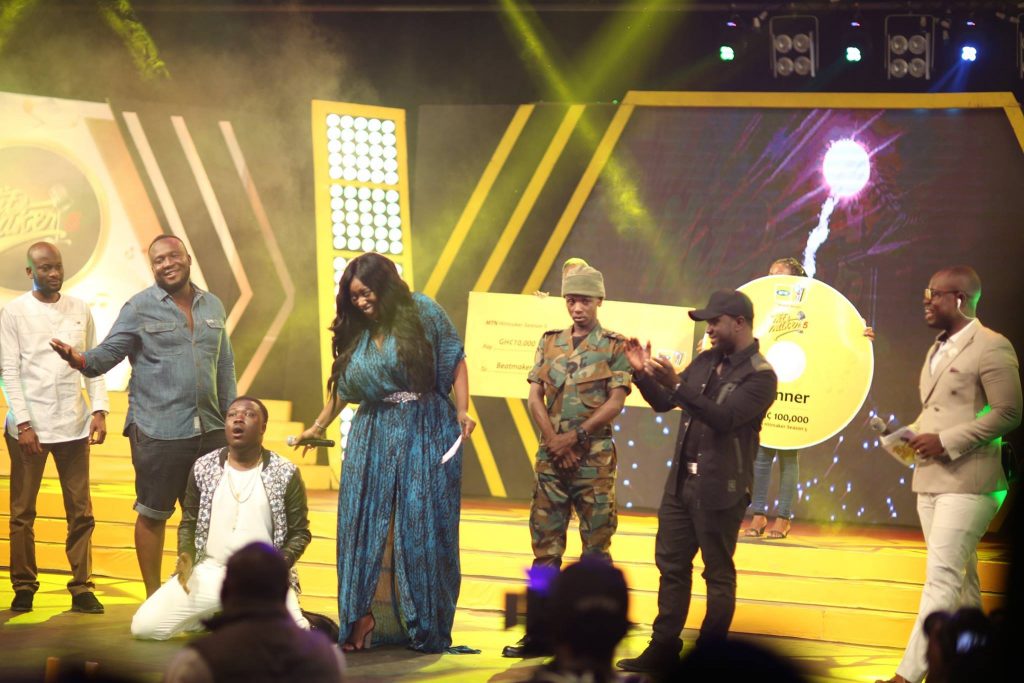 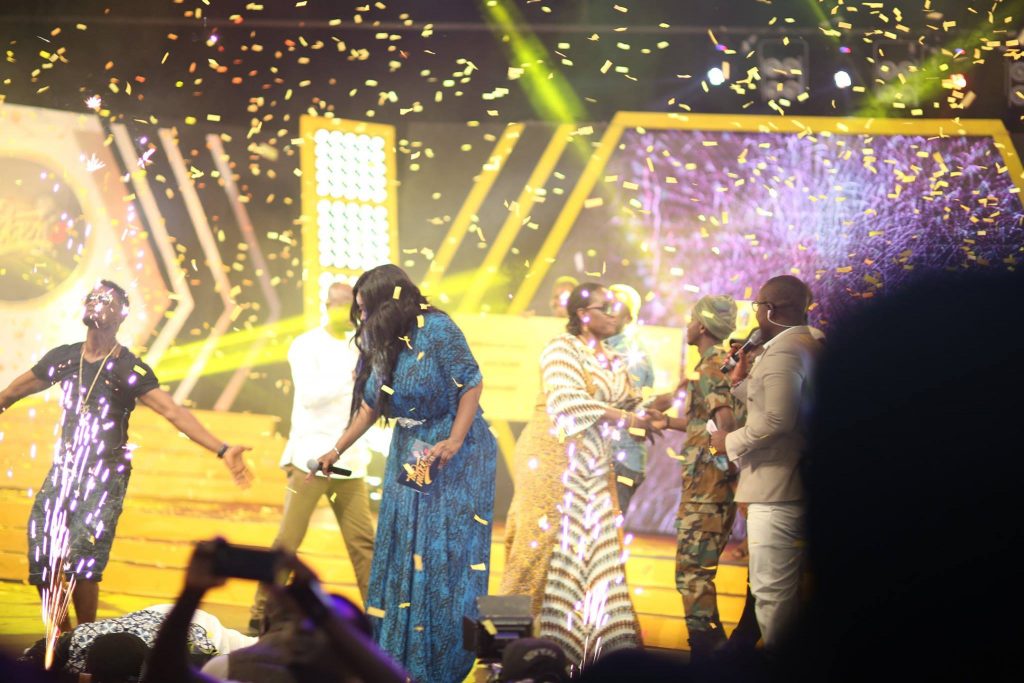 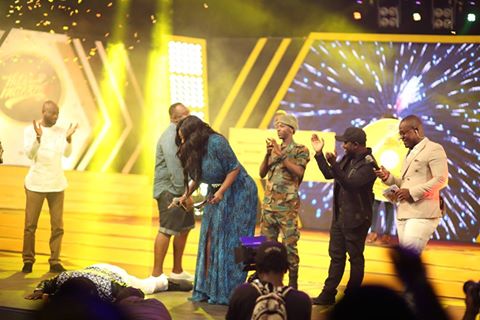